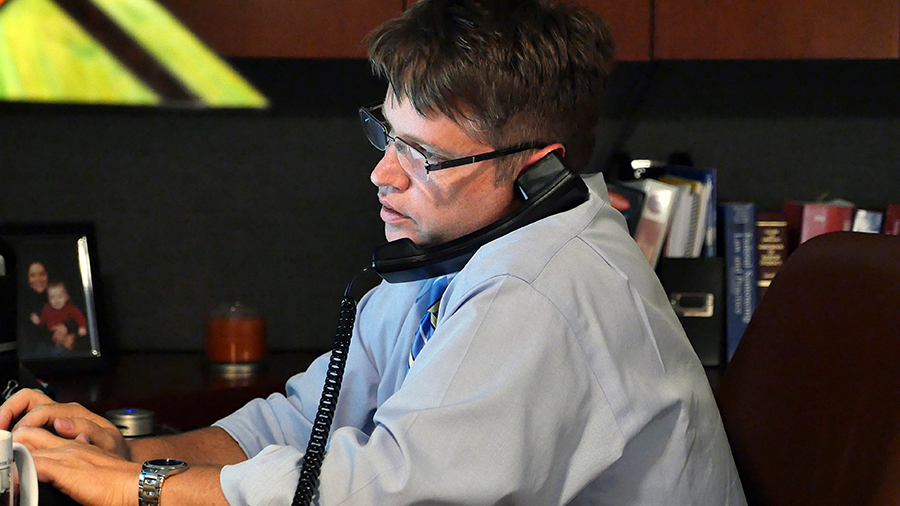 When a criminal defendant exhausts his or her appeal at the state level, a federal habeas corpus petition allows for the federal courts to get involved in addressing the fairness of a criminal conviction, pursuant to 28 U.S.C. & 2254. The Illinois Appellate Courts, swamped with criminal defense appeals, sometimes do not adequately address the constitutionality of the issues raised on appeal, and sometimes they just simply get it wrong.

Habeas corpus is guaranteed by the Constitution to federal prisoners whose arrest, trial, or actual sentence violated a federal statute, treaty, or the U.S. Constitution. Because the Constitution is the only federal law that governs state criminal procedures, If you are a state prisoner, you must show a violation of the U.S. Constitution for your habeas petition to succeed. As a prisoner, you can challenge your conviction or sentence by petitioning for a writ of habeas corpus in federal court. By petitioning for a writ, you are asking the court to determine whether your conviction or sentence is illegal. A writ of habeas corpus can be very powerful because, if the court accepts your argument, the court can order your immediate release, a new trial, or a new sentencing hearing.

The motion to vacate, set aside or correct a sentence provided by 28 U.S.C. § 2255 is a modern descendant of the common law petition for a writ of habeas corpus. It is available only to people convicted in federal courts who are in custody. (The corresponding federal post-conviction tool for state prisoners is the habeas petition governed by 28 U.S.C. § 2254.) The § 2255 motion is the post conviction tool most federal prisoners turn to after they have exhausted their appeals.

When it is used effectively, it can be a powerful tool to right injustices that were not or could not have been raised on direct appeal. This is because it gives courts broad discretion in fashioning appropriate relief, including dismissal of all charges and release of the prisoner, retrial, or resentencing.  Occasionally, the remedy provided by § 2255 will be “inadequate or ineffective to test the legality of [a prisoner’s] detention.” 28 U.S.C. § 2255. In those rare instances, federal prisoners may petition for traditional writs of habeas corpus pursuant to 28 U.S.C. § 2241.

Whether you are a defendant, attorney, inmate, family or friend, the Dvorak Law Offices, LLC. can help provide you with the sentencing, prison or appeal help you need.  Call us today!

If you or your loved one was found guilty, not all hope should be lost. Appellate attorney Richard Dvorak is highly skilled at combing through trial records to understand if his clients have grounds for an appeal. He will fight for your convictions to be reviewed, if your case was mishandled.